The return of Mesoamerica 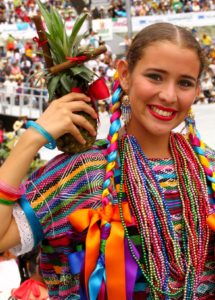 Yes this Mesoamerican region of Central America and southern Mexico is very important. We realise that the world is changing, it is increasingly becoming important to be part of a bloc. The BRICs are strong, the US is an example of a great integration, while across the Pacific Ocean we see that Asia is uniting. Meanwhile in Latin America the Pacific Alliance is becoming more important. We realise that if we don’t integrate we have no future. Guatemala on its own is just 15 million people, if group together with Central America and the Caribbean, we can form a market of 47 million people. However, if we look at the Mesoamerica region as a whole there are more than 100 million people. This is a very interesting proposition for companies because it is a large market and can justify scales of investment. Moreover it’s a young population and the area is enjoying strong economic growth.

Of course we can not be naïve, after all we are not the first people to think like this. The first Central American integration effort was in 1871 and since then have made 26 more, most without much success

But in the last 25 years we have seen significant progress. The Central America Integration System (SICA) was established in the early 90s and it has a parliament and authorities for various sectors. For example it has helped standardise regulations for airports. More recently we have signed the Central America Free Trade Agreement, CAFTA, which is designed to improve intra-regional trade and we are now finishing the EU Central America agreement. All of this integration has also helped improve our relationship with Mexico. For example ten years ago we had seven different agreements with Mexico across Central America but, when I was minister, we came together and now there is just one economic agreement between Mexico and the whole of Central America.

Erasmo Sanchez: Of course the private sector has already realised this. Most businesses of a certain size are already there, across all of the countries. Increasingly trade and investment is taking place between the Central American countries and Mexico – a big change from before when the US was automatically the main trading partner. For the last decade or so, Central America has been peacefully and steadily integrating with Mexico and that creates all sorts of exciting business opportunities.

Central America and Mexico have been gripped by violence, organised crime and drug trafficking in recent years – how optimistic are you that the situation can improve?

LV: The first thing to accept is that this is not just a social or criminal issue but an economic one too. A strong rule of law and peaceful environment are needed for investors to feel confident about an economy. Moreover, you are right to note that the security issue is a regional one. It affects not just Guatemala but also Mexico and Colombia. In the last year it has improved somewhat but there is clearly a lot more to do. Guatemala has taken the initiative by hosting summits and inviting the Mexican and Colombian presidents.

But while these regional efforts are important, we also need support from the US and the EU. Ultimately the drug syndicates are worldwide organisations and to combat them we will need a global response. One of the positive measures that we have taken recently is that we have agreed for planes from Brazil to monitor for drug trafficking. They will work in tandem with satellite images and their information will be used by army forces across the region to fight drug traffickers.

Thanks to the extra resources created by economic growth there is now an increase in security investment, training, equipping the police force to fight crime more successfully.

LV: We are also improving our counter drug strategy. In last three years we’ve had a lot of success with specialised army brigades. They’ve succeeded in moving traffickers out of key areas and we are now expanding their reach to other parts of the country.

ES: It’s important to understand that the region’s history played an important role in the development of organised crime. For example, in Guatemala there were problems after the civil war. After the 30-year struggle the presence of the army was reduced creating a power vacuum where there was neither police nor army to represent the state. This void was filled by the organised crime because there was no control. History in other countries, such as Mexico or Colombia, have shaped the patterns of organised crime there too.