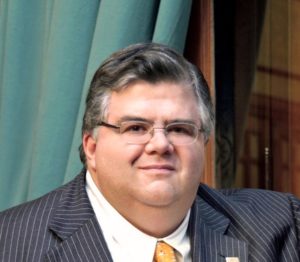 What’s behind the emerging markets crisis and is it something that companies in the ‘real’ economy should worry about?

An important concern among emerging market economies is the possibility of a sudden reversal in capital flows, which may negatively affect economic activity and financial stability.

Right now, the risk of an abrupt reversal in capital flows is latent due to several factors. The most important one is the imminent normalisation of monetary conditions in advanced economies. The uncertainty about the specifics of the “exit strategies” that will be implemented in these economies – i.e. time and pace at which monetary stimulus will be removed – has already contributed to an environment of higher volatility in international financial markets.

In terms of ‘real’ economy impact, well, such reversals in external financing typically lead to contractions in domestic absorption and output, real exchange depreciations and falls in both asset prices and credit to the private sector.

Investors have tended to differentiate between those economies with strong fundamentals and those with weaker positions. Thus, it can be argued that in the end those countries that built up a sound macroeconomic framework based on solid fundamentals, as is the case of Mexico, would likely be relatively less affected by adverse external events. Indeed during the recent episodes of international financial turbulence adjustments in Mexico’s exchange rate and fixed-income markets have taken place in a relatively orderly manner. These markets have maintained relatively high levels of liquidity and, consequently, authorities have not had to intervene. Moreover, the recent episode of large capital flows to emerging economies did not lead to the development of either internal or external imbalances in the case of Mexico. The fact is, Mexico has adopted sound and credible macroeconomic policies and strengthened their economic fundamentals during the past years. And this has helped to create an environment of macroeconomic stability that has improved investors’ confidence. All of which, has significantly reduced the vulnerability to negative external shocks.

We have been focusing on the opportunities that Mexico’s reforms will create on a micro level for our readers but how will the reform package affect Mexico’s economy in general?

Given the challenging environment that emerging economies, including Mexico, are currently facing, structural reforms to boost productivity and enhance the domestic sources of economic growth are an imperative. In this setting, Mexico has already taken important steps in this direction, by passing the reforms. The importance of implementing reforms that improve the institutional framework and that give to the markets more flexibility and competitiveness has been repeatedly emphasised. They will allow a more efficient allocation of resources towards their most productive uses, leading to high and sustainable economic growth. In this way an effective implementation of the structural reforms will translate into better economic prospects in Mexico.

In addition, it is expected that these structural reforms also contribute to consolidate an environment of low and stable inflation. Increased competition could lead to lower prices, with the corresponding increase in welfare for the population, while increases in productivity will speed up higher rates of growth of aggregate demand without generating inflationary pressures. Furthermore, the notable progress in the approval of structural reforms has already contributed to an improvement in the perception of sovereign risk in Mexico, which also has led to an upgrade in the credit rating of the Mexican public debt. In this setting, Mexico remains attractive for foreign investors, despite the increase in international interest rates due to the imminent normalisation of monetary conditions in advanced economies.

To what extent will vested political and business interests water down the optimal effect of the reforms?

The package of structural changes recently approved by the Mexican Congress, including labour, telecommunications, economic competition, financial, energy and educational reforms, is welcome and has the potential to improve welfare conditions for the society in the long term. However, for these reforms to achieve their potential and to effectively translate into higher economic growth, it is imperative that they are followed by appropriate secondary legislations as well as a proper implementation. In the short term they may involve some costs for a number of economic agents, which is why it was so important that these reforms achieved a consensus among different sectors of the society. Fortunately, we have been able to reach such political agreements.

We are the UK’s only Latin America-focused investment magazine.

Subscribe to our free newsletter and stay up-to-date on business & investment trends in Latin America.

We are committed to protecting your privacy and the confidentiality of your information.